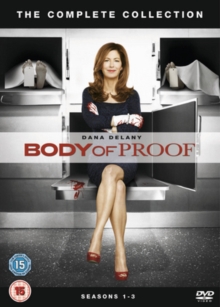 The complete three seasons of the US drama following medical examiner Dr. Megan Hunt (Dana Delany) as she attempts to balance her demanding job with her private life.

After a car accident leaves successful neurosurgeon Megan with nerve damage, she is no longer able to perform surgery and is appointed as a medical examiner.

However, her colleagues do not always agree with her unique working style.

Meanwhile, she attempts to reconnect with her estranged daughter, Lacey (Mary Mouser).