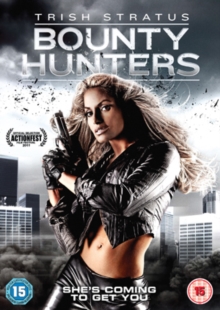 A group of bounty hunters face a moral dilemma in this action feature from director Patrick McBrearty.

Zupancic) and Chase (Boomer Phillips) think they've struck gold when they apprehend an informant with a $100,000 bounty on his head.

Things soon get complicated, however, when they're offered $1,000,000 to hand over their prisoner to the mob.

When they subsequently refuse to play ball, the hunters become the hunted, as a trio of deadly mafia hitmen are dispatched to bring back the informant - dead or alive.