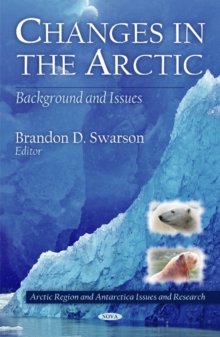 The loss of Arctic sea ice has led to increased human activities in the Arctic, and has heightened concerns about the region's future.

Issues such as Arctic sovereignty claims; commercial shipping through the Arctic; Arctic oil, gas, and mineral exploration; endangered Arctic species; and increased military operations in the Arctic could cause the region in coming years to become an arena of international co-operation, competition, or conflict.

The United States, by virtue of Alaska, is an Arctic country and has substantial political, economic, energy, environmental, and other interests in the region.

This book provides an overview of Arctic-related background information and issues.