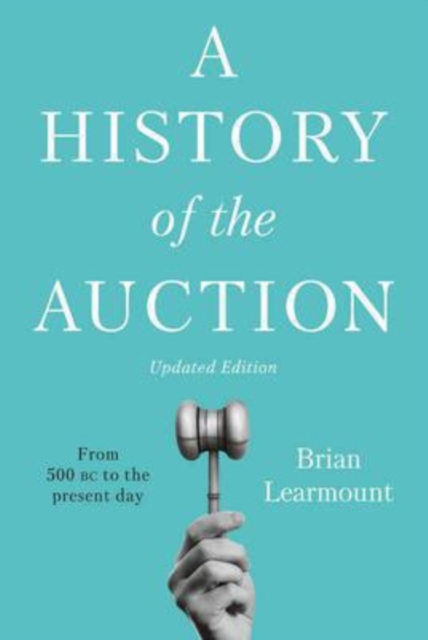 A History of the Auction Hardback

The early history of the auction dates from 500 BC to the present day.

The History of the Auction begins with the auctions of Babylon and ancient Rome and goes on to describe the slave auctions of the seventeenth and eighteenth centuries and the Industrial Revolution, then on to the rise of the giant auction houses such as Sotheby's and Christies.

The first edition takes us as far as 1985 when the book was published and the advent of the internet.

This second edition takes the story from there to the decades that have followed, including the emergence of the major powers of China, Japan and Russia and their influence on the auction scene.

Bringing it right up to date, the book shows how the momentous events of the Covid-19 pandemic and the 'Black Lives Matter' campaign have seriously influenced how the auction business is conducted globally.

More change to this form of business has been brought about in the last thirty years than in the previously recorded two millennia, causing many to wonder whether the auction would survive at all in its old form.

The author argues however for the cut and thrust of the traditional auction and for the excitement of a crowded saleroom on sale day, the hallmark of the auction experience that must surely be preserved for future auction-goers to enjoy.