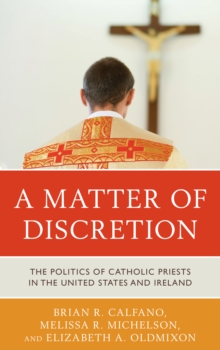 A Matter of Discretion : The Politics of Catholic Priests in the United States and Ireland Hardback

Clergy are pillars of local religious communities, and Roman Catholic priests are perhaps the quintessential examples of pastors functioning as political elites.

The political science literature demonstrates that priests (indeed, clergy more generally) are well-positioned to influence the faithful, even if this influence is somewhat inconsistent.

At their core, priests are opinion leaders and representatives of their church to both the faithful and their local communities.

But exactly how Catholic priests determine the political acts and attitudes associated with their elite role remains a puzzle.

We suggest it is the product of an interactive institutional, social, and psychological milieu, the complexity of which has not been fully assessed in the extant literature.

Though some might prefer to think of priests as profiles in courage operating above the political fray, the institutional and personal realities of priest life often forces them to deal with the political realm.

In doing so, priests are variably responsive to different principals, or reference groups, that represent specific dimensions of their professional context.

Drawing on a series of randomized experiments on samples of Roman Catholic priests in the US and Ireland, we find that priests cognitively draw on varying professional and personal cues in responding to their employer's institutional preferences.

Furthermore, how priests represent their church's political preferences to parishioners appears to be a matter of individual-level discretion. 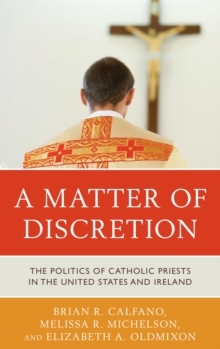 A Matter of Discretion 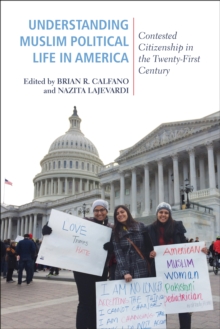