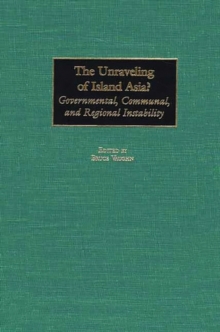 This edited collection takes a primary focus on security issues in Oceania, but here the word security is expanded to include such topics as domestic Indonesian and Philippine instability, environmental degradation, the work of international crime syndicates, the generic problem of post-colonial state failure, and the always overhanging concern with China-in short all of the significant troubles roiling Island Asia today. Using this expanded notion of security and stability, the volume pulls in new anxieties about global warming, which may submerge half of the South Pacific microstates within the next 30 years, and pollution, which covers Indonesia nad Malaysia in thick smoke now visible from space, as well as traversing the more traditional security and economic issues.

Vaughn and his contributors describe a 7,000-mile swath of wobbly island states ranging from the world's fourth most populous country to tiny bogus sovereignties in thrall to globalized criminals-through which more than $1 trillion worth of goods move each year.

An important resource for scholars, students, researchers, and policy makers involved with Oceania and Asian studies as well as contemporary geo-political concerns. 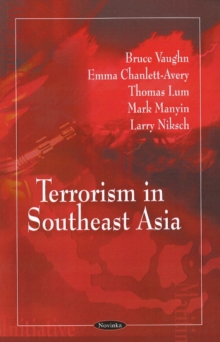