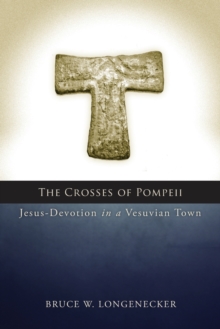 The Crosses of Pompeii : Jesus-Devotion in a Vesuvian Town Paperback / softback

Through a twist of fate, the eruption that destroyed Pompeii in 79 CE also preserved a wealth of evidence about the town, buried for centuries in volcanic ash.

Since the town's excavations in the eighteenth century, archaeologists have disputed the evidence that might attest the presence of Christians in Pompeii before the eruption.

Now, Bruce W. Longenecker reviews that evidence, in comparison with other possible evidence of first-century Christian presence elsewhere, and reaches the conclusion that there were indeed Christians living in the doomed town.

Illustrated with maps, charts, photographs, and line drawings depicting artefacts from the town, The Crosses of Pompeii presents an elegant case for their presence.

Longenecker's arguments require dramatic changes to our understanding of the early history of Christianity. 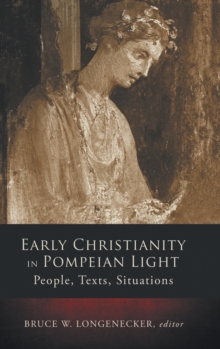