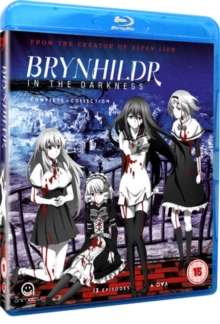 All 13 episodes plus the OVA of the Japanese anime series based on the manga by Lynn Okamoto.

Years ago, a young girl named Kuroneko told people that she had been in contact with alien life forms, but nobody, apart from Murakami (voice of Ryota Ohsaka), believed her.

When she tried to prove to him that aliens exist, an accident occured and Kuroneko was killed.

Now, fully recovered and determined to honour his word to Kuroneko, Murakami sets out to prove once and for all the existence of alien beings.

The episodes are: 'While Waiting for You', 'Magician', 'Death Suppressants', 'Lost Memories', 'Stargazing', 'The Meaning of Her Smile', 'Fragment of Hope', 'The Last Lead', 'False Memories', 'Proof of Life', 'A Sudden Reunion', 'Witch Hunt' and 'Things to Protect'.

The OVA is 'Much Ado About Nothing'.