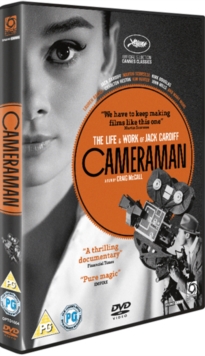 Cameraman - The Life and Work of Jack Cardiff DVD

After working as a cameraman for Hitchcock and for Powell and Pressburger in the 1940s, Cardiff was asked by director Michael Powell to oversee the cinematography for the 1946 film 'A Matter of Life and Death'.