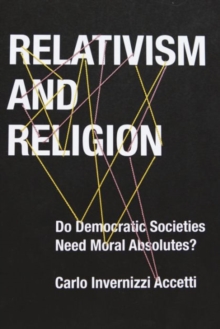 Relativism and Religion : Why Democratic Societies Do Not Need Moral Absolutes Hardback

Moral relativism is deeply troubling for those who believe that, without a set of moral absolutes, democratic societies will devolve into tyranny or totalitarianism.

Engaging directly with this claim, Carlo Invernizzi Accetti traces the roots of contemporary anti-relativist fears to the antimodern rhetoric of the Catholic Church and then rescues a form of philosophical relativism for modern, pluralist societies, arguing that this viewpoint provides the firmest foundation for an allegiance to democracy. In his analyses of the relationship between religious arguments and political authority and the implications of philosophical relativism for democratic theory, Accetti makes a far-ranging contribution to contemporary debates over the revival of religion in politics and the conceptual grounds for a commitment to democracy.

He presents the first comprehensive genealogy of anti-relativist discourse and reclaims for English-speaking readers the overlooked work of Hans Kelsen on the connection between relativism and democracy. By engaging with contemporary attempts to replace the religious foundation of democratic values with a neo-Kantian conception of reason, Accetti also makes a powerful case for relativism as the best basis for a civic ethos that integrates different perspectives into democratic politics. 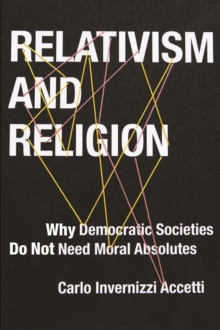