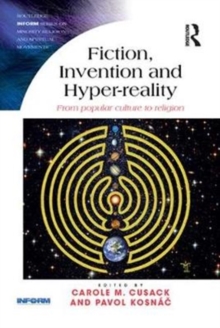 The twentieth century was a period of rapid change for religion.

Secularisation resulted in a dramatic fall in church attendance in the West, and the 1950s and 1960s saw the introduction of new religions including the International Society for Krishna Consciousness (ISKCON), the Church of Scientology, and the Children of God.

New religions were regarded with suspicion by society in general and Religious Studies scholars alike until the 1990s, when the emergence of a second generation of 'new new' religions - based on popular cultural forms including films, novels, computer games and comic books - and highly individualistic spiritualities confirmed the utter transformation of the religio-spiritual landscape.

In this book, scholarly treatments of cutting-edge religious and spiritual trends are brought into conversation with contributions by representatives of Dudeism, the Church of All Worlds, the Temple of the Jedi Order and Tolkien spirituality groups.

This book will simultaneously entertain, shock, challenge and delight scholars of religious studies, as well as those with a wider interest in new religious movements.