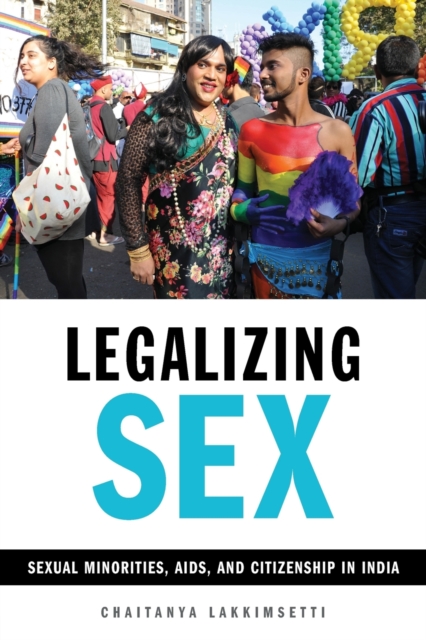 How the rise of HIV in India resulted in government protections for gay groups, transgender people, and sex workers This original ethnographic research explores the relationship between the HIV/AIDS epidemic and the rights-based struggles of sexual minorities in contemporary India.

Sex workers, gay men, and transgender people became visible in the Indian public sphere in the mid-1980s when the rise of HIV/AIDS became a frightening issue.

The Indian state started to fold these groups into national HIV/AIDS policies as "high-risk" groups in an attempt to create an effective response to the epidemic.

Lakkimsetti argues that over time the crisis of HIV/AIDS effectively transformed the relationship between sexual minorities and the state from one that was focused on juridical exclusion to one of inclusion.

The new relationship then enabled affected groups to demand rights and citizenship from the Indian state that had been previously unimaginable.

By illuminating such tactics as mobilizing against a colonial era anti-sodomy law, petitioning the courts for the recognition of gender identity, and stalling attempts to criminalize sexual labor, this book uniquely brings together the struggles of sex workers, transgender people, and gay groups previously studied separately.

A closely observed look at the machinations behind recent victories for sexual minorities, this book is essential reading across several fields.