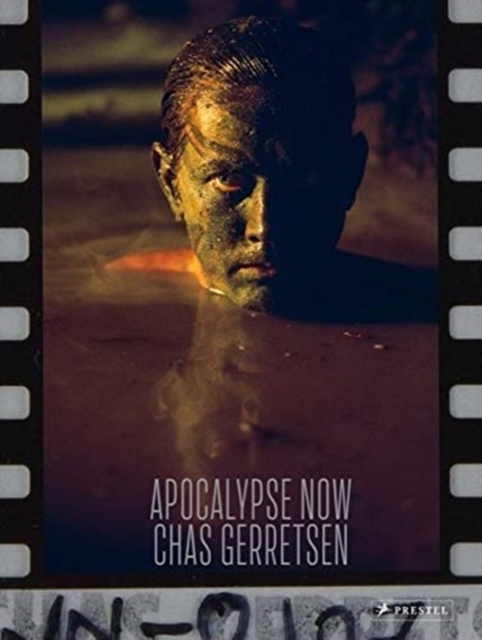 Hired in 1976 by Francis Ford Coppola as the still photographer for his masterpiece Apocalypse Now, Chas Gerretsen's private archive of hundreds of photographs propels readers immediately into the chaos and drama surrounding one of the most important movies ever made. Gerretsen was a renowned freelance photographer working in Vietnam when he got the call from Coppola, who was looking for a combat photographer for a war movie.

Given unprecedented access to the film's stars, extras, crew, and legendary behind-the-scenes drama he spent six months in the Philippines, shooting thousands of images.

Culled from that archive, these full-color photographs offer an intimate glimpse of the turmoil and excitement of a Hollywood spectacle rising out of the unpredictable climate of the Philippine rainforest.

Capturing the star power of Marlon Brando, Martin Sheen, and Dennis Hopper, as well as the sprawling sets, he takes us into the beauty of the Southeast Asian jungle and shows us how its inhabitants were incorporated into the filming.

Throughout the book, Gerretsen's astute reflections of his experience on set are as fascinating as his photography.

While Apocalypse Now remains one of the most critically acclaimed movies of all time, the making of the film is equally legendary.