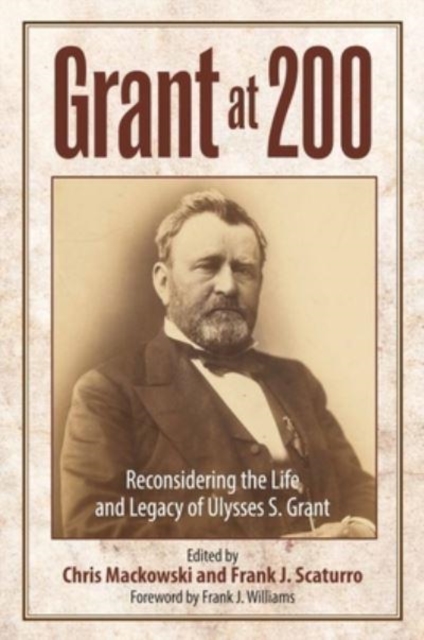 Grant at 200 : Reconsidering the Life and Legacy of Ulysses S. Grant Hardback

Ulysses S. Grant stood at the center of the American Civil Ware maelstrom.

The Ohio nature answered his nation's call to service and finished the war as a lieutenant general in command of the U.

S. Army. Three years later he ascended to the presidency in an attempt to better secure the peace he had helped win on the battlefield.

Despite his major achievements in war and peace, political and sectional enemies battered his reputation.

For nearly a century his military and political career remained deeply misunderstood. Since the Civil War centennial, however, Grant's reputation has blossomed into a full renaissance.

His military record garners new respect and, more recently, an appreciation for his political career-particularly his strong advocacy for civil rights-is quickly catching up.

Throughout these decades his personal memoirs, marking him as a significant American "Man of Letters," have never gone out of print. Grant at 200: Reconsidering the Life and Legacy of Ulysses S.

Grant celebrates the bicentennial of the birth of a man whose towering impact on American history has often been overshadowed and in many cases, ignored.

This collection of essays by some of today's leading Grant scholars offers fresh perspectives on Grant's military career and presidency, as well as underexplored personal topics such as his faith and his family life. Proceeds from this volume will go to support the Ulysses S.