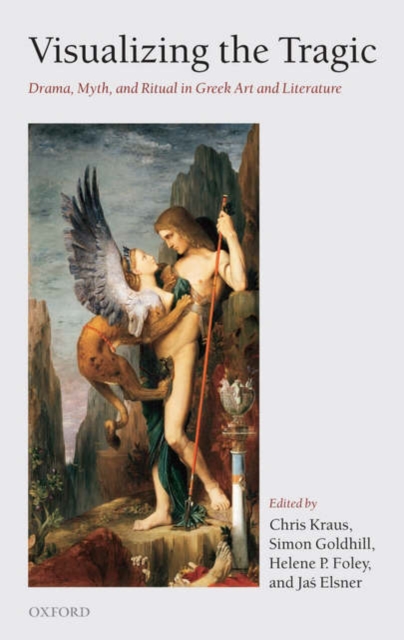 Visualizing the Tragic : Drama, Myth, and Ritual in Greek Art and Literature Hardback

Athenian tragedy of the fifth century BCE became an international and a canonical genre with remarkable rapidity.

It is, therefore, a remarkable test case through which to explore how a genre becomes privileged and what the cultural effects of its continuing appropriation are.

In this collection of essays by an international group of distinguished scholars the particular point of reference is the visual, that is, the myriad ways in which tragic texts are(re)interpreted, (re)appropriated, and (re)visualized through verbal and artistic description.

Topics treated include the interaction of comedy and dithyramb with tragedy; vase painting and tragedy; representations of Dionysus, of Tragoedia, and of Nike; Homer, Aeschylus, Philostratus, and Longus; choral lyricand ritual performance, choral victories, and the staging of choruses on the modern stage.

The common focus of all the essays is an engagement with and response to the unique scholarly voice of Froma Zeitlin.