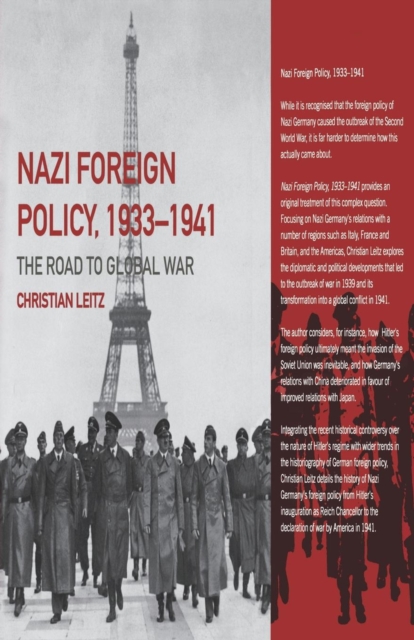 How did the Second World War come about? Nazi Foreign Policy, 1933-1941 provides lucid answers to this complex question.

Focusing on the different regions of Nazi policy such as Italy, France and Britain, Christian Leitz explores the diplomatic and political developments that led to the outbreak of war in 1939 and its transformation into a global conflict in 1941. Nazi Foreign Policy, 1933-1941 details the history of Nazi Germany's foreign policy from Hitler's inauguration as Reich Chancellor to the declaration of war by America in 1941.

Christian Leitz gives equal weight to the attitude and actions of the Nazi regime and the perspectives and reactions of the world both before and during the war.