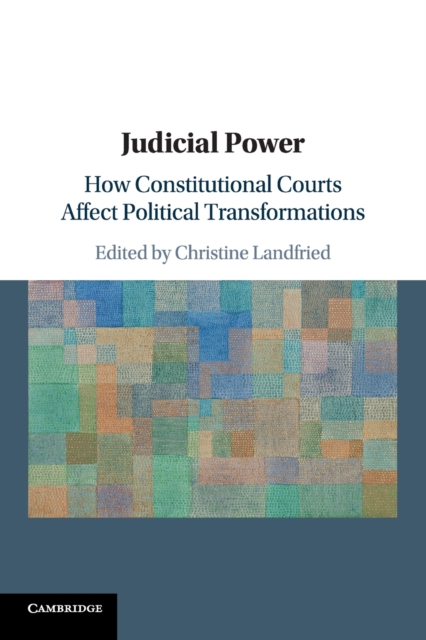 The power of national and transnational constitutional courts to issue binding rulings in interpreting the constitution or an international treaty has been endlessly discussed.

What does it mean for democratic governance that non-elected judges influence politics and policies?

The authors of Judicial Power - legal scholars, political scientists, and judges - take a fresh look at this problem.

To date, research has concentrated on the legitimacy, or the effectiveness, or specific decision-making methods of constitutional courts.

By contrast, the authors here explore the relationship among these three factors.

This book presents the hypothesis that judicial review allows for a method of reflecting on social integration that differs from political methods, and, precisely because of the difference between judicial and political decision-making, strengthens democratic governance.

This hypothesis is tested in case studies on the role of constitutional courts in political transformations, on the methods of these courts, and on transnational judicial interactions.