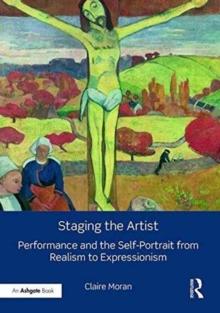 Staging the Artist : Performance and the Self-Portrait from Realism to Expressionism Hardback

Restoring the role of theatrical performance as both subject and trope in the aesthetics of self-representation, Staging the Artist questions how nineteenth-century French and Belgian artists self-consciously fashioned their identities through their art and writings.

This emphasis on performance allows for a new understanding of the processes of self-fashioning which underlie self-representation in word and image.

Claire Moran offers new interpretations of works by major nineteenth-century figures such as Paul Gauguin and Edgar Degas, and addresses the neglected topic of the function of theatre in the development of modern visual art.

Incarnating Baudelaire's metaphor of the artist as an actor ever-conscious of his role, the artists discussed "Courbet, Ensor and Van Gogh, among others" employed theatre as both a thematic source and formal inspiration in their painting, writings and social behaviour.

Moran argues that what renders this visual, literary and social performance modern is its self-consciousness, which in turn serves as a model with which to challenge pictorial convention.

This book suggests that tracing modern performance and artistic identity to the nineteenth century provides a greater understanding not only of the significance of theatre in the development of modern art, but also highlights the self-conscious staging inherent to modern artistic identity. 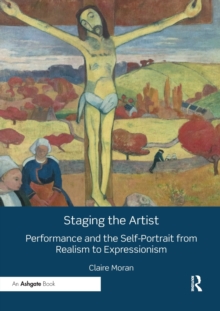