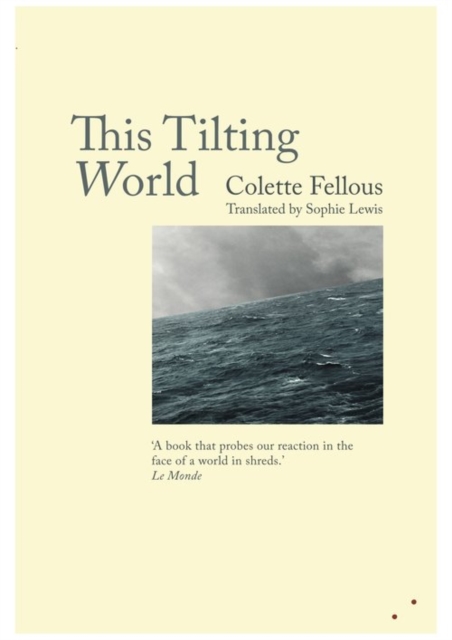 Sidi Bou Said, Tunisia: on the night after the terrorist attack killing thirty-eight tourists on the nearby beach of Sousse, a woman sits facing the sea, and attempts to take stock.

Personal tragedies soon resurface, the unexpected deaths of a dear friend - a fellow writer who died just weeks ago at sea, having forsaken the work that had given his life meaning - and of her father, a quiet man who had left all that he held dear in Tunisia to emigrate to France in his later years.

Through childhood memories and the prism of modern French classics, the story of Tunisia's Jewish community is pieced together.

Shifting from Tunisia to Paris to a Flaubertian village in Normandy, Colette Fellous embarks on a Proustian lyrical journey, in which she gives voice to loved ones silenced by death and to those often unheard in life.

Her love letter and adieu to her native country becomes an archive - or refuge - for stories of human resilience.