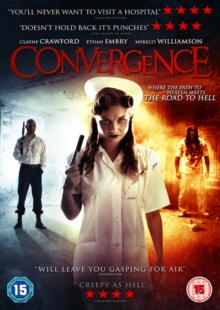 Detective Ben Walls (Crawford) wakes up in an eerie Atlanta hospital after attending the scene of a terrorist bombing.

When he awakens he is comforted by his superior, Captain Saul Miller (Mykelti Williamson), who tells him he has to remain in the hospital.

But Ben soon realises the hospital is not all it seems as he again comes face-to-face with the bomber, Daniel (Embry), and finds himself being pursued by supernatural beings who seem intent on destroying him.

Will he solve the mystery of the hospital before he is forced to remain there for eternity?