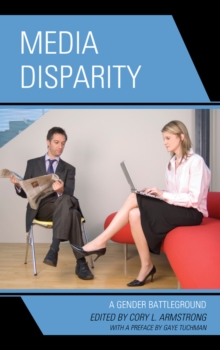 For decades, scholars have repeatedly found the inequity of gender representations in informational and entertainment media.

Beginning with the seminal work by Gaye Tuchman and colleagues, we have repeatedly seen a systemic underrepresentation and misrepresentation of women in media.

Examining the latest research in discourse and content analyses trending in both domestic and international circles, Media Disparity: A Gender Battleground highlights the progress-or lack thereof-in media regarding portrayals of women, across genres and cultures within the twenty-first century.