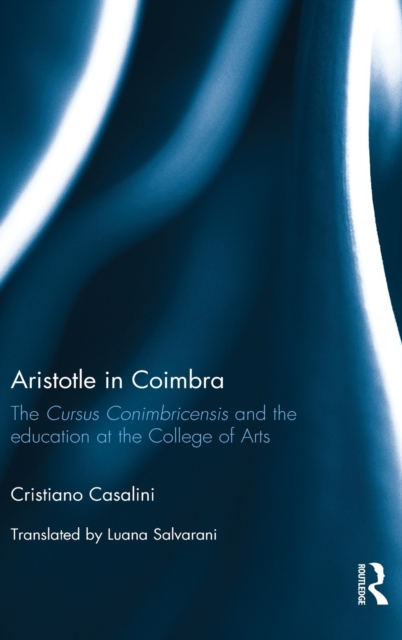 Aristotle in Coimbra : The Cursus Conimbricensis and the Education at the College of Arts Hardback

Aristotle in Coimbra is the first book to cover the history of both the College of Arts in Coimbra and its most remarkable cultural product, the Cursus Conimbricensis, examining early Jesuit pedagogy as performed in one of the most important colleges run by the Society of Jesus in the sixteenth century.

The first complete philosophical textbook published by a Jesuit college, the Cursus Conimbricensis (1592-1606) was created by some of the most renowned early Jesuit philosophers and comprised seven volumes of commentaries and disputations on Aristotle's writings, which had formed the foundation of the university philosophy curriculum since the Middle Ages.

In Aristotle in Coimbra, Cristiano Casalini demonstrates the connection between educational practices in a sixteenth-century college and the structure of a scholastic philosophical commentary, providing insight into this particular form of late-scholastic Aristotelianism through historiographical discourse. This book provides both a narrative of the historical background behind the publication of the Cursus and an analysis of the major philosophical and educational issues addressed by its seven volumes.