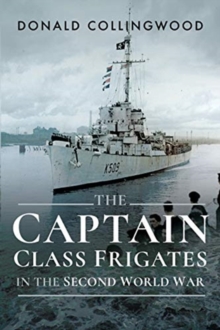 The Captain Class Frigates, seventy-eight sturdy, modern Destroyer Escorts, known affectionately by all who sailed in them as the DEs, were built in the United States and leased to the Royal Navy. This is a story of vigilance, determination and dogged fortitude combined with high skill and unfailing courage.

It describes vividly the close teamwork and comradeship which existed within the Escort Groups of The Captains, as they faced the lethal submarine threat, in all weathers, week in and week out, with all too little opportunity for rest between operations.

These ships and those who manned them saved many thousands of lives and millions of tons of vital war materials and supplies to keep Britain and her allies in the war.