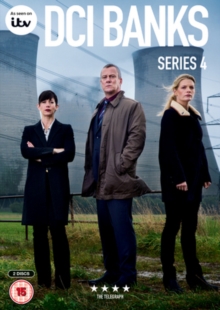 Another three two-part episodes from the ITV drama series based on the crime novels by Peter Robinson.

In this instalment the pair investigate the murders of a young Estonian woman with ties to the criminal underworld and a university graduate who turns up dead in a ravine.

The episodes are: 'What Will Survive?', 'Buried' and 'Ghosts'.