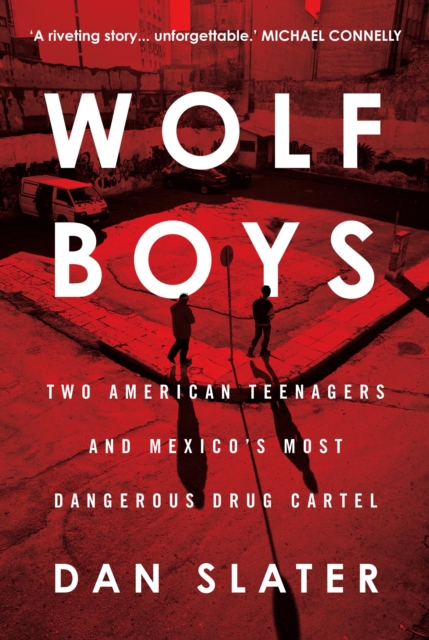 But his Texas town is poor and dangerous, and it isn't long before Gabriel abandons his promising future for the allure of the Zetas, a drug cartel with roots in the Mexican military. Meanwhile, Mexican-born Detective Robert Garcia has worked hard all his life and is now struggling to raise his family in America.

As violence spills over the border, Detective Garcia's pursuit of the Zetas puts him face to face with the urgent consequences of a war he sees as unwinnable. In Wolf Boys, Dan Slater takes readers on a harrowing, moving, and often brutal journey into the heart of the Mexican drug trade - from the Sierra Madre mountaintops to the smuggling ports of Veracruz, from cartel training camps and holiday parties to the dusty alleys of South Texas.

Ultimately though, Wolf Boys is the intimate and vivid story of the 'lobos': teens turned into pawns for cartels.

A non-fiction thriller, it reads with the emotional clarity of a great novel, yet offers its revelations through extraordinary reporting.