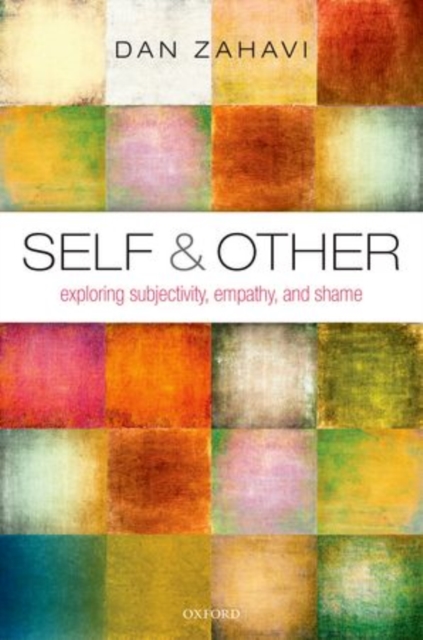 Self and Other : Exploring Subjectivity, Empathy, and Shame Hardback

by Dan (University of Copenhagen) Zahavi

Can you be a self on your own or only together with others?

Is selfhood a built-in feature of experience or rather socially constructed?

How do we at all come to understand others? Does empathy amount to and allow for a distinct experiential acquaintance with others, and if so, what does that tell us about the nature of selfhood and social cognition?

Does a strong emphasis on the first-personal character of consciousness prohibit a satisfactory account ofintersubjectivity or is the former rather a necessary requirement for the latter?Engaging with debates and findings in classical phenomenology, in philosophy of mind and in various empirical disciplines, Dan Zahavi's new book Self and Other offers answers to these questions.

At the same time, however, he also contends that an adequate account of the self has to recognize its multifaceted character, and that variouscomplementary accounts must be integrated, if we are to do justice to its complexity.

Thus, while arguing that the most fundamental level of selfhood is not socially constructed and not constitutively dependent upon others, Zahavi also acknowledges that there are dimensions of the self and types of self-experience that are other-mediated.

The final part of the book exemplifies this claim through a close analysis of shame.