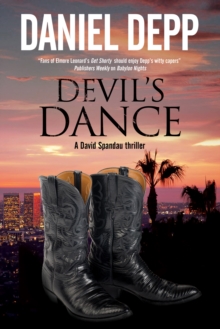 Part of the A David Spandau Mystery series

Private investigator David Spandau discovers there's a dark side to the Hollywood dream in this absorbing thriller Someone seems to be orchestrating a major smear campaign against maverick film director Jerry Margashack, rehashing old rumours and releasing damaging information to the media.

With a major new movie coming out and big-money Oscar nominations at stake, Hollywood producer Frank Jurado hires former stuntman-turned-private investigator David Spandau to find out who's behind it. At the same time, Spandau's ex-wife has asked for his help in tracking down her new partner, who has disappeared - along with all the money in their joint savings account. As Spandau is to discover, Jerry Margashack made plenty of enemies over the years.

As well as uncovering some deeply disturbing aspects of the movie director's past, his investigations attract some extremely unwelcome attention.

Spandau is about to find himself in the midst of a lethal turf war: a war in which there can be only one winner.