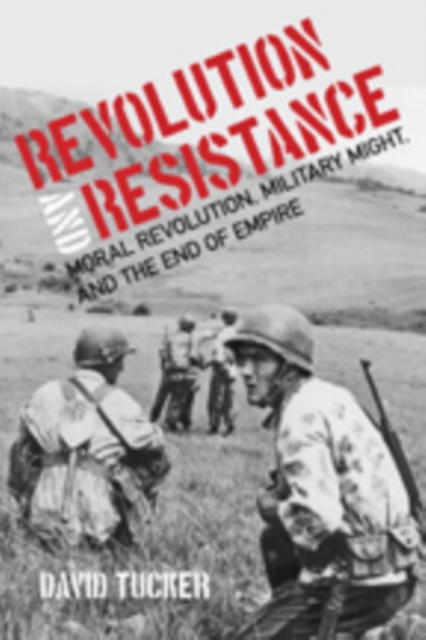 Revolution and Resistance : Moral Revolution, Military Might, and the End of Empire Paperback / softback

In this provocative history, David Tucker argues that "irregular warfare"-including terrorism, guerrilla warfare, and other insurgency tactics-is intimately linked to the rise and decline of Euro-American empire around the globe.

Tracing the evolution of resistance warfare from the age of the conquistadors through the United States' recent ventures in Afghanistan and Iraq, Revolution and Resistance demonstrates that contemporary conflicts in the Middle East, Africa, and Asia are simply the final stages in the unraveling of Euro-American imperialism.

Tucker explores why it was so difficult for indigenous people and states to resist imperial power, which possessed superior military technology and was driven by a curious moral imperative to conquer.

He also explains how native populations eventually learned to fight back by successfully combining guerrilla warfare with political warfare.

By exploiting certain Euro-American weaknesses-above all, the instability created by the fading rationale for empire-insurgents were able to subvert imperialism by using its own ideologies against it. Tucker also examines how the development of free trade and world finance began to undermine the need for direct political control of foreign territory. Touching on Pontiac's Rebellion of 1763, Abd el-Kader's jihad in nineteenth-century Algeria, the national liberation movements that arose in twentieth-century Palestine, Vietnam, and Ireland, and contemporary terrorist activity, Revolution and Resistance shows how changing means have been used to wage the same struggle.

Emphasizing moral rather than economic or technological explanations for the rise and fall of Euro-American imperialism, this concise, comprehensive book is required reading for anyone seeking to understand the character of contemporary conflict.