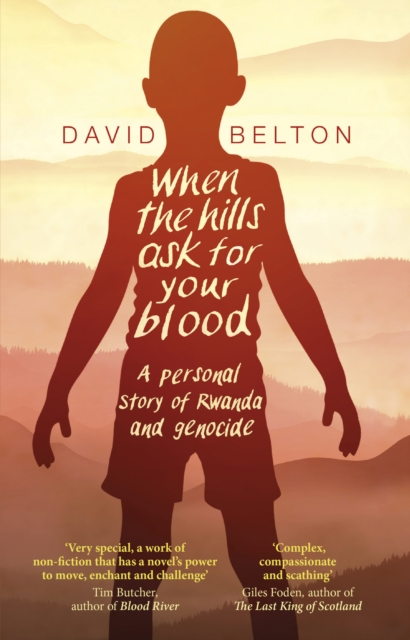 When The Hills Ask For Your Blood: A Personal Story of Genocide and Rwanda Paperback / softback

'Tremendous. A moving and haunting tribute to the human spirit' WILLIAM BOYDInto the heart of a genocide that left a million people dead6 April 1994: In the skies above Rwanda the president's plane is shot down in flames.

Near Kigali, Jean-Pierre holds his family close, fearing for their lives as the violence escalates. In the chapel of a hillside village, missionary priest Vjeko Curic prepares to save thousands of livesThe mass slaughter that follows - friends against friends, neighbours against neighbours - is one of the bloodiest chapters in historyTwenty years on, BBC Newsnight producer David Belton, one of the first journalists into Rwanda, tells of the horrors he experienced at first-hand.

Now following the threads of Jean-Pierre and Vjeko Curic's stories, he revisits a country still marked with blood, in search of those who survived and the legacy of those who did not.

This is David Belton's quest for the limits of bravery and forgiveness.