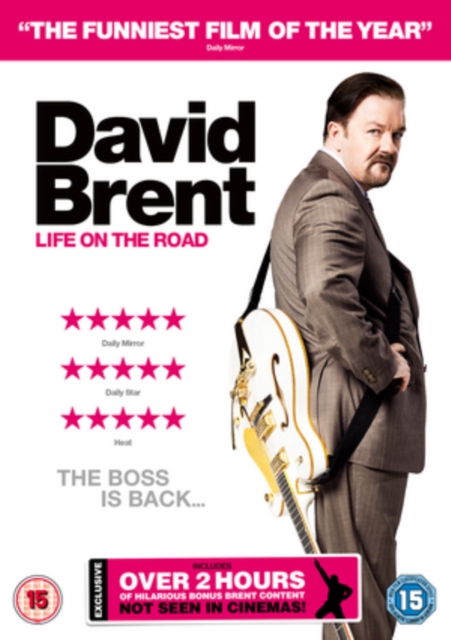 Ricky Gervais writes, directs and stars in this documentary-style comedy, reprising his role as 'The Office' character David Brent.

Taking place 15 years after the British sitcom, the film follows the former office manager as he takes time off from his day job as a sales rep to tour with his rock band Foregone Conclusion.

Leaving behind his job at Slough cleaning products supplier Lavichem, for a holiday at least, Brent takes to the M25 on a self-funded tour, with bandmates who can't really stand him, to play to disappointing crowds across the country in one last attempt at breaking into show business.

Joined on the road by talented young rapper Dom Johnson (Doc Brown), David is followed by cameras, for what he believes will be a successful film, eager to catch up with him since his documentary appearance.