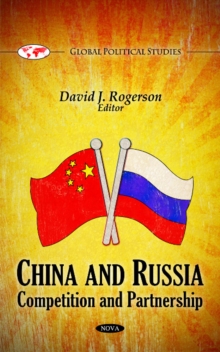 Since the end of the Cold War, the improved political and economic relationship between Beijing and Moscow has affected a range of international security issues.

China and Russia have expanded their bilateral economic and security co-operation.

In addition, Beijing and Moscow have pursued distinct, yet parallel, policies regarding many global and regional issues.

Yet, Chinese and Russian approaches to a range of significant subjects are still largely uncoordinated and at times conflict.

Economic exchanges between China and Russia remain minimal compared to those found between most friendly countries, let alone allies.

This book explores the prospects for a great power competition and co-operation between Russia, China and the United States in Central Asia.