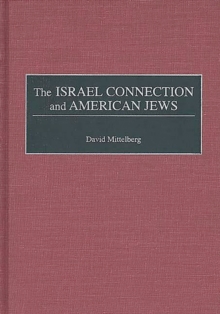 Mittelberg analyzes the effect of the Israel visit/experience upon the ethnic identity of American Jews.

For most American Jews, being Jewish carries both religious and ethnic connotations.

It is because of this dual context that the Israel visit has a different significance for American Jews when compared to visits of members of other ethnic groups back to their homelands. As Mittelberg argues, the relationship of American Jews to Israel is bound up in the broader concept of peoplehood, a notion that encompasses a shared sense of religion, nationality, language, culture, and history. Approximately one-third of the American Jewish population has visited Israel.

Using a variety of survey data, Mittelberg examines the impact such visits have had on American Jews in terms of their affinity with Israel as well as their bonds to the American Jewish community.