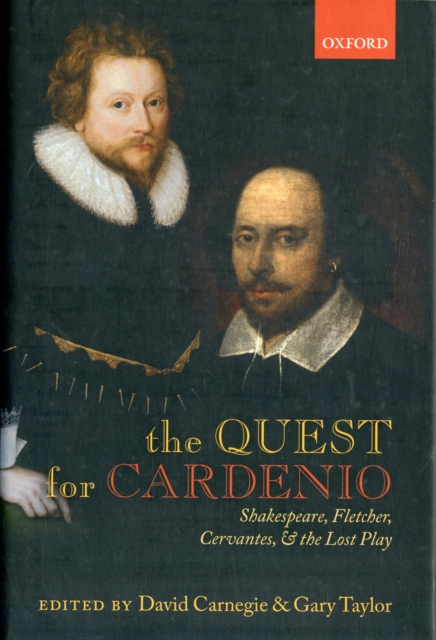 The Quest for Cardenio : Shakespeare, Fletcher, Cervantes, and the Lost Play Hardback

This book is about the search for a lost play. Celebrating the quatercentenary of publication of the first translation of Don Quixote, it is the first collection of essays entirely devoted to The History of Cardenio, a play based on Cervantes and probably written in that same year.

It was said to be written by Shakespeare and the young man who was taking his place, John Fletcher, the most successful English playwright of the seventeenth century.

The book establishes the dates, venues, and audience for two performances of Cardenio by the King's Men in 1613, and identifies glimpses of the play in several seventeenth-centurydocuments.

It also provides much new evidence and analysis of Double Falsehood, which Theobald claimed was based on previously unknown manuscripts of a play by Shakespeare.

Debate has continued ever since. While some contributors advocate scepticalcaution, new research provides stronger evidence than ever before that a lost Fletcher/Shakespeare Cardenio can be discerned within Double Falsehood.

Uniquely, this collection combines archival research and literary analysis with accounts of recent theatrical experiments, which explore the Cardenio problem by reviving or adapting Double Falsehood, and demonstrate that such practical theatrical work throws valuable light on some of the problems that haveobstructed traditional scholarly approaches.

It thus offers a new paradigm for the creative interaction of scholarship and performance.