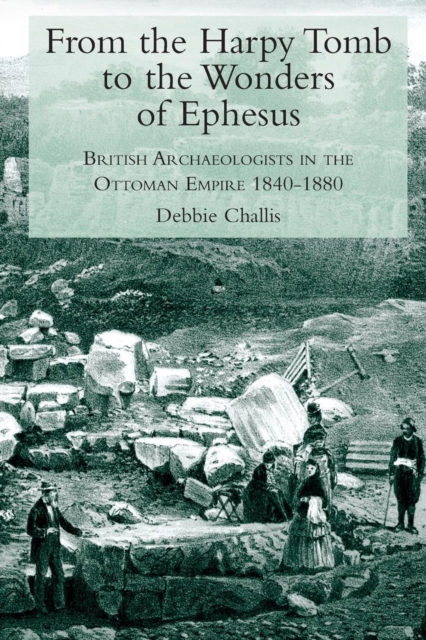 From the Harpy Tomb to the Wonders of Ephesus : British Archaeologists in the Ottoman Empire 1840-1880 Paperback / softback

According to a historian of the time, the huge influx of antiquities into the British Museum in the nineteenth century was the result of 'English pertinacity and Oriental cunning'.

This book explores the fascinating stories behind the collection of antiquities from the Ottoman Empire between 1840 and 1880.

The men who led these collecting expeditions published journals detailing their adventures as well as their archaeologial labours, and this did much to feed Victorian interest in archaeology and the Orient.It was not easy to remove the often monumental, heavy, yet precious and fragile antiquities from the excavations in Lycia, Halicarnassus, Carthage, Cyrene and Ephesus where they were found, the task requiring all the technical innovation and brilliance of the period, as well as diplomatic and military support to ensure that the French did not beat the British to the spoils. Dr Challis examines the complex depiction of the Orient in these journals, as a place to be both feared and admired, and above all concentrates on the invention of the modern idea of the adventuring archaeologist, on the personal stories of the archaeologists, on their feelings about the antiquities they discovered and the lands in which they discovered them.

The book includes a selection of evocative contemporary illustrations.