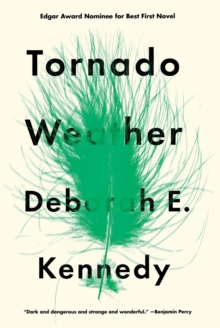 Compared by reviewers to Sherwood Anderson's Winesburg, Ohio, Jennifer Egan's A Visit from the Goon Squad, and the work of Richard Russo, Dennis Lehane, and Flannery O'Connor, Tornado Weather is an affecting portrait of a complex and flawed cast of characters striving to find fulfillment in their lives. Daisy is missing. As the bus driver, Fikus, lowered the five-year-old's wheelchair to the ground and looked around, chaos erupted behind him.

One child had an accident and the rest began to scream.

When Daisy said she could get home by herself and wheeled away, Fikus let her go. And now she's gone. Nearly everyone in town suspects or knows something different about what happened, if they could only put the pieces together. And while they all think they know each other's secrets, can neighbors ever really know each other?

But even those who consider themselves strangers are all connected, in ways small and profound, open and secret. By turns unsettling, dark, and wry, Kennedy's powerful voice brings the town's rich fabric to life in a superb chorus and unearths the hidden truths of a community. 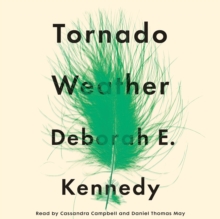