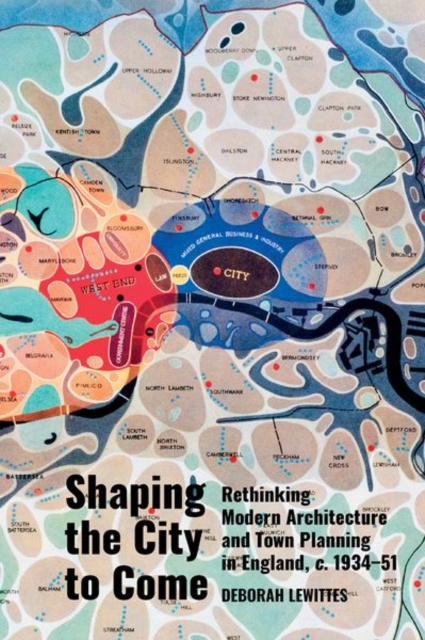 This study reassesses modern architecture and town planning in mid-twentieth-century England, highlighting ideas and debates that were in circulation as modernist ideals gradually took root.

The book reveals an architectural culture that was serious, active, and visionary, with impact that extended into the postwar years.

Through close studies of specific works and writings, the author acknowledges the importance of the international context of modern architecture as it intersected with the variety of narratives that defined English modernism, such as national identity, the New Empiricism, and the picturesque, taking into account the large community of emigre architects who settled in England with the approach of World War II, as well as a more general dissemination of international style forms and theories from continental Europe.

The book places familiar figures such as Berthold Lubetkin and Ernoe Goldfinger as well as projects such as Tecton's Penguin Pool and the Festival of Britain's "Live Architecture" exhibition in new light, presenting a rich picture of the modern architectural climate in England.

The study draws attention to the debates, proposals, and processes that fed into the development of modernist, urban-minded, and forward-looking architectural ideals.