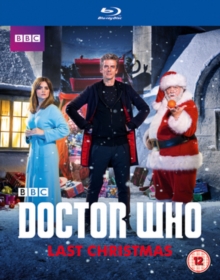 The 2014 Christmas special of the long-running sci-fi show starring Peter Capaldi as the twelfth Doctor.

Loyal companion Clara Oswald (Jenna-Louise Coleman) is once again reunited with the Doctor but the pair run into trouble when they find themselves stranded on a remote Arctic military base.

Along with the base's scientists and researchers, the duo are stalked by monstrous alien beings as they shelter in the icy compound.

But as North Pole resident Santa (Nick Frost) appears to come to their rescue, will he be able to stop this being the Doctor and Clara's last Christmas together?