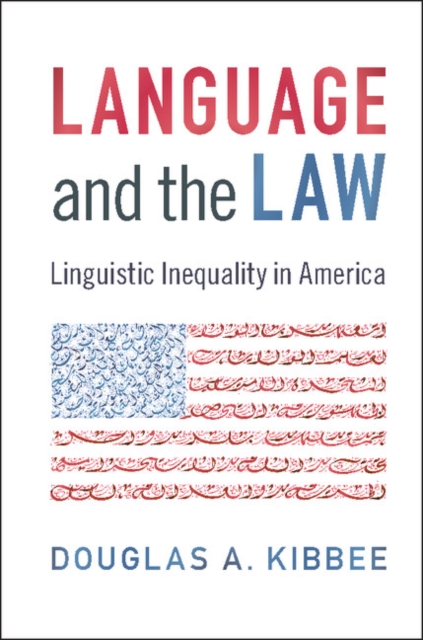 Language and the Law : Linguistic Inequality in America Paperback / softback

by Douglas A. (University of Illinois, Urbana-Champaign) Kibbee

Language policy is a topic of growing importance around the world, as issues such as the recognition of linguistic diversity, the establishment of official languages, the status of languages in educational systems, the status of heritage and minority languages, and speakers' legal rights have come increasingly to the forefront.

One fifth of the American population do not speak English as their first language.

While race, gender and religious discrimination are recognized as illegal, the US does not currently accord the same protections regarding language; discrimination on the basis of language is accepted, and even promoted, in the name of unity and efficiency.

Setting language within the context of America's history, this book explores the diverse range of linguistic inequalities, covering voting, criminal and civil justice, education, government and public services, and the workplace, and considers how linguistic differences challenge our fundamental ideals of democracy, justice and fairness.