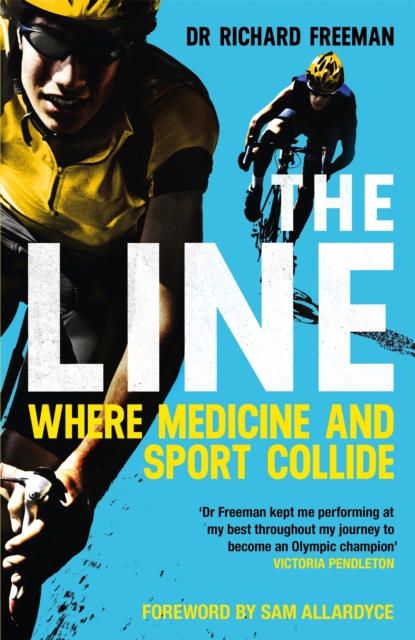 The Line : Where Medicine and Sport Collide Paperback / softback

'Dr Freeman is a man of great integrity and kindness.

His care has helped me through the good times and the hardships of competing in the highest level of sport' - Sir Bradley WigginsAs team doctor for British Cycling and Team Sky, Dr Richard Freeman treated the world's most successful cyclists, such as Sir Chris Hoy and Sir Bradley Wiggins, Laura Trott and Victoria Pendleton.

From 2009 until 2017, the 'Doc' was part of the team who became national heroes with Olympic and Tour de France victories. In The Line, Dr Freeman reveals the medical principles and practices that helped lead these athletes to success - ideas that we now consider commonplace, but many of which were in fact the Doc's own innovations. And in a sport where there's an ethical line as well as a finishing line, Dr Freeman gives a frank and open account in response to allegations of misuse of medical treatment to enhance performance. 'Without Dr Freeman, my career would have been shorter and less successful' - Liam Phillips, BMX World Champion