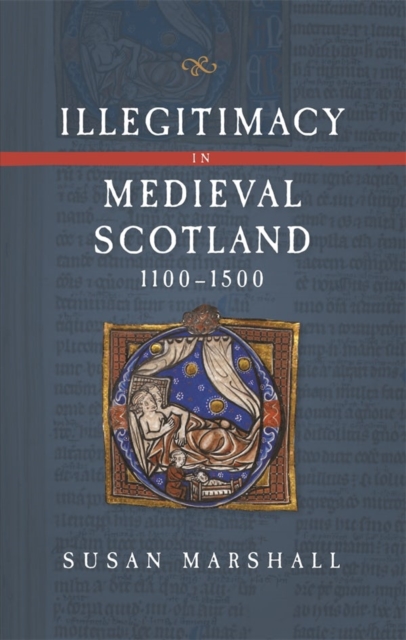 The question of illegitimacy was as important and complex in Scotland as elsewhere in the Middle Ages.

This book examines its legal, political, and social implications there between the eleventh and fifteenth centuries.

It explores illegitimacy in relation to royal succession and to the inheritance of ordinary estates; investigates the role it played in major political events; and considers how being, or having, a bastard affected the lives of elite women,and the careers of people in ecclesiastical life. Scotland's earliest surviving legal treatise, Regiam Majestatem, denied inheritance rights to offspring legitimated by the intermarriage of their parents, while the law of the Church regarded such children as legitimate and, by implication, capable of inheritance.

The volume scrutinises the tension between these two positions, alongside contemporary evidence which provides new insights into legal theory and practice concerning inheritance and birth status.

By contextualising illegitimacy within its socio-political as well as legal settings, it challenges existing assumptions about the meaning and significance of bastardy in the Scottish middle ages.