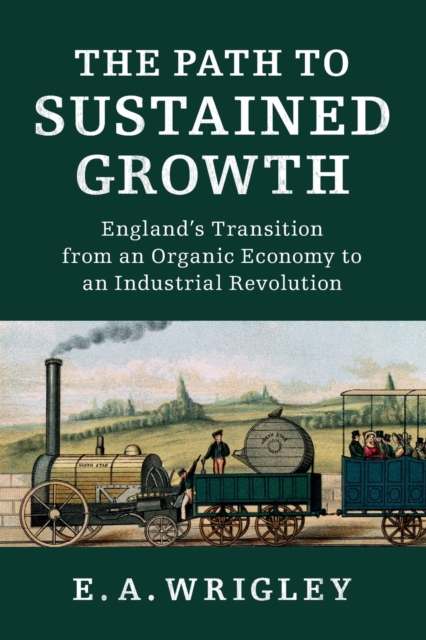 The Path to Sustained Growth : England's Transition from an Organic Economy to an Industrial Revolution Paperback / softback

by E. A. (University of Cambridge) Wrigley

Before the industrial revolution prolonged economic growth was unachievable.

All economies were organic, dependent on plant photosynthesis to provide food, raw materials, and energy.

This was true both of heat energy, derived from burning wood, and mechanical energy provided chiefly by human and animal muscle.

The flow of energy from the sun captured by plant photosynthesis was the basis of all production and consumption.

Britain began to escape the old restrictions by making increasing use of the vast stock of energy contained in coal measures, initially as a source of heat energy but eventually also of mechanical energy, thus making possible the industrial revolution.

In this concise and accessible account of change between the reigns of Elizabeth I and Victoria, Wrigley describes how during this period Britain moved from the economic periphery of Europe to becoming briefly the world's leading economy, forging a path rapidly emulated by its competitors.