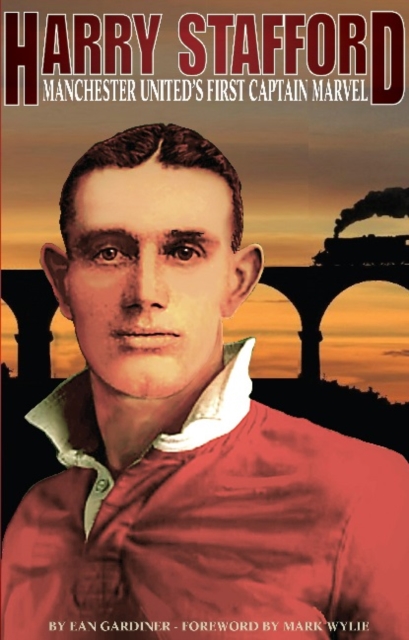 "Harry Stafford was never capped by his country, was never part of a major trophy winning side and never played in the top flight of the Football League.

His major achievement as a Newton Heath or Manchester United player was a Manchester Senior Cup winners medal, yet he is undoubtedly the most important signing the club ever made." Most Manchester United fans know one of the founding fables of the club... of how Harry Stafford and his Saint Bernard dog helped save the club's forerunner, Newton Heath, and pave the way for the formation of the new club.

But what became of United's saviour? When Stafford met millionaire John Henry Davies and traded his dog for the financial backing of his beloved club, he was the man of the hour, feted wherever he went.

He became the only player/director in the clubs history, was handed a role as chief scout and landed a plum job as landlord of the Imperial Hotel on Piccadilly.

By recruiting the likes of Harry Moger and Dick Duckworth, his infl uence on the clubs great Edwardian era to come was huge.

Yet by June 1909, just weeks after playing a prominent part in the club's FA Cup victory celebrations, Stafford had disappeared.

The accepted tale is that Harry was later given GBP50 to emigrate to Australia 'for his health' and ended up owning a luxurious hotel in Canada where he died in 1940.

Only, despite a centurys worth of repetition, that isn't the real story...

In his ground-breaking biography of United's founding father, Ean Gardiner traces Harry's life from cradle to grave and discovers a world of blacklegs, brown envelopes and red herrings inhabiting a ripping yarn of bribery,bigamy, suicide, poisoned beer and a footballing elephant.