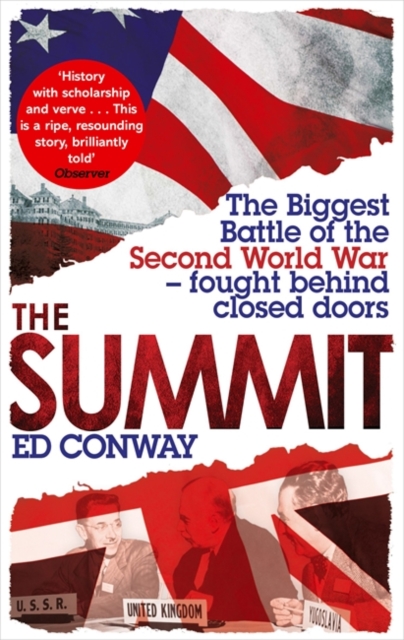 The Summit : The Biggest Battle of the Second World War - fought behind closed doors Paperback / softback

The idea of world leaders gathering in the midst of economic crisis has become all-too familiar.

But the summit at Bretton Woods in 1944 was the only time countries from around the world have agreed to overhaul the structure of the international monetary system. And, what's more, they were successful - it was the closest to perfection the world's economy has ever been, and arguably the demise of the Bretton Woods system is behind our present woes. This was no dry economic conference. The delegates spent half the time at each other's throats, and the other half drinking in the hotel bar.

The Russians nearly capsized the entire project. The French threatened to walk out, repeatedly. John Maynard Keynes had a heart attack. His American counterpart was a KGB spy. But this summit could be instrumental in preventing World War Three. Drawing on a wealth of unpublished accounts, diaries and oral histories, this brilliant book describes the conference in stunning colour and clarity.

Bringing to life the characters, events and economics and written with exceptional verve and narrative pace,this is an extraordinarily accomplished work of history from a talented new writer.