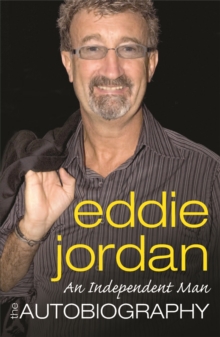 The hugely entertaining, and extremely candid, autobiography of one of the most colourful characters in motor sportEddie Jordan gave Michael Schumacher his first drive, and helped groom a whole series of drivers early in their careers, including Damon Hill and Johnny Herbert.

But he funded his first move into motor sport by selling smoked salmon well past its sell-by date to rugby fans leaving Lansdowne Road; when stopped for speeding by a policeman, he ended up selling him his car.

Jordan set up his own team, and moved into Formula One at the end of the 1980s.

It wasn't long before the team began to pick up podium finishes, and in 1998 won its first race - a remarkable achievement on a comparatively small budget.

The following year was even better, but sadly this was to be the peak, as the search for more finance and legal battles with sponsors hit hard.

Eventually, in January 2005 he sold the team. AN INDEPENDENT MAN goes behind the scenes to reveal the true personalities of the drivers Jordan worked with, and his battles with Bernie Ecclestone.

It shows how, when so much money is involved, nothing is ever simple.

His has been a life lived to the full, and his account is packed full of superb stories, colourful adventures and revealing tales.