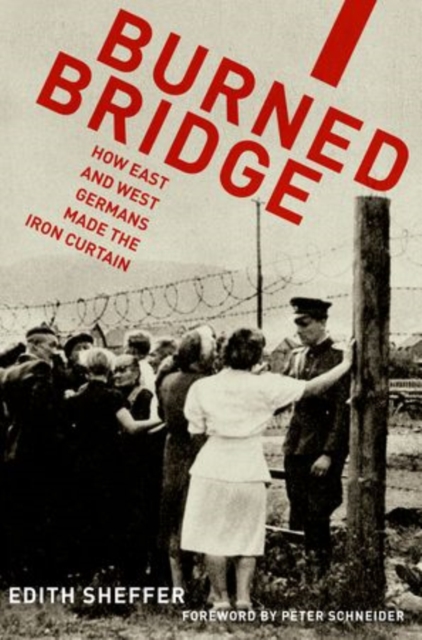 Burned Bridge : How East and West Germans Made the Iron Curtain Paperback / softback

The building of the Berlin Wall in 1961 shocked the world.

Ever since, the image of this impenetrable barrier between East and West, imposed by communism, has been a central symbol of the Cold War. Based on vast research in untapped archival, oral, and private sources, Burned Bridge reveals the hidden origins of the Iron Curtain, presenting it in a startling new light.

Sheffer demonstrates that as Soviet and American forces occupied each city after the Second WorldWar, townspeople who historically had much in common quickly formed opposing interests and identities.

The border walled off irreconcilable realities: the differences of freedom and captivity, rich and poor, peace and bloodshed, and past and present.

It was in fact the American military that built the first barriers at Burned Bridge, which preceded East Germany's borderland crackdown by many years.

Indeed, Sheffer shows that the physical border between East and West was not simply imposed by Cold War superpowers, but was in some part an improvised outgrowth of an anxiouspostwar society. Ultimately, a wall of the mind shaped the wall on the ground.

East and West Germans became part of, and helped perpetuate, the barriers that divided them.

From the end of World War II through two decades of reunification, Sheffer traces divisions at Burned Bridge with sharp insight and compassion, presenting a stunning portrait of the Cold War on a human scale.