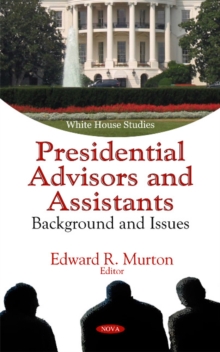 Since the beginning of the federal government, Presidents have called upon executive branch officials to provide them with advice regarding matters of policy and administration.

While Cabinet members were among the first to play such a role, the creation of the Executive Office of the President (EOP) in 1939 and the various agencies located within that structure resulted in a large increase in the number and variety of presidential advisers.

All senior staff members of the White House Office and the leaders of the various EOP agencies could be said to serve as advisers to the President.

This book provides background information and selected views on the role of some of these appointees and discusses some of the constitutional concerns that have been raised about presidential advisers.