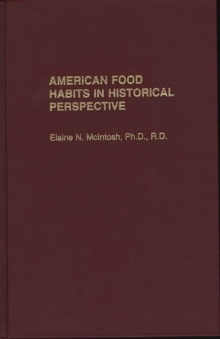 Using dietary information and other pertinent facts, the author assesses the nutritional status of Americans during each historical period.

Special emphasis is given to American dietary patterns from the landfall of Columbus to the colonial period, the revolutionary period, the New Republic, and the 20th century.

The overview concludes with the finding that, despite delightful differences, there are striking similarities in food habits across time and cultures.

By providing increased insights and understanding of contemporary American eating patterns, this book will be a substantive addition to existing texts.