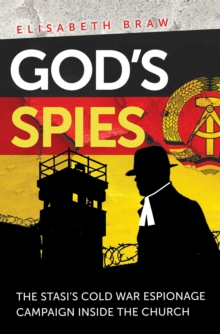 When the Berlin Wall came down, the files of the East German secret police, the much-dreaded Stasi, were opened and read. And among the shocking stories revealed was that of the Stasi's infiltration of the Church.

Almost 10% of the Lutheran Church's workforce were, it appears, busy involved in spying on each other, and on the Church's congregations.

The Lutheran Church was the only semi-free space in East Germany, where those who rebelled against the regime could find a way of living at least a little out of the government's iron grip.

Even the organisations that smuggled Bibles were infiltrated.