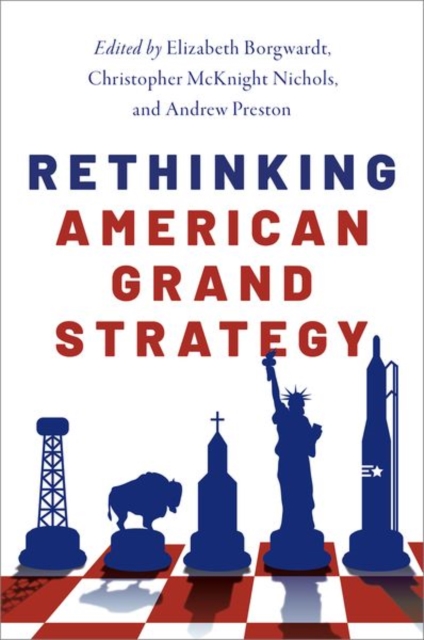 A wide-ranging rethinking of the many factors that comprise the making of American Grand Strategy. What is grand strategy? What does it aim to achieve? And what differentiates it from normal strategic thought-what, in other words, makes it "grand"?

In answering these questions, most scholars have focused on diplomacy and warfare, so much so that "grand strategy" has become almost an equivalent of "military history." The traditional attention paid to military affairs is understandable, but in today's world it leaves out much else that could be considered political, and therefore strategic. It is in fact possible to consider, and even reach, a more capacious understanding of grand strategy, one that still includes the battlefield and the negotiating table while expanding beyond them.

Just as contemporary world politics is driven by a wide range of non-military issues, the most thoroughconsiderations of grand strategy must consider the bases of peace and security-including gender, race, the environment, and a wide range of cultural, social, political, and economic issues. Rethinking American Grand Strategy assembles a roster of leading historians to examine America's place in the world.

They expand the scope of diplomatic and military history by placing the grand strategies of public health, race, gender, humanitarianism, and the law alongsidemilitary and diplomatic affairs to reveal hidden strategists as well as strategies.