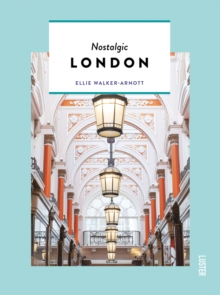 Nostalgic London is the first book in Luster's second spinoff from the successful The 500 Hidden Secrets series.

Following the Hidden guides on regions, there will now also be themed guides, focussing on a specific subject in or a specific side of a city or region. The first guide in this series will lead you to all the places in London that evoke nostalgia.

It's a guide for visitors who aren't looking for the newest trendy places-to-be per se, but who are instead more interested in the places where time seems to have stood still, or addresses with a timeless, classic vibe.

Author Ellie Walker-Arnott shares nostalgic addresses and places in London, such as:- romantic ruins- traditional tearooms- iconic department stores- spots in the footsteps of the Beatles- and much more.